The company is working today in German, Australia, Canada, South Africa and now Brazil. Who brokered the interview was the Country Manager of Brazil Efrem Paiva  @talk2efrem, who also lives in London.

Talita:  When did you guys decided to become internet entrepreneurs?

Doug:”  My parents were entrepreneurs in many ways, sailing from Canada to the UK to start a new life here in the 1960s. My father, despite being a university professor, started a number of small businesses outside of his core job. As a teenager I started businesses or took on jobs to make money. So I guess I had the gene, and the 90s ‘bubble’ attracted me to the world of the internet.

Andrew Hunter ” I get quite a bit of my entrepreneurial spirit from My Dad and my older brother. From a young age, my Dad always taught me the importance of “hustling” and never giving up, I think quite a bit of what he taught me inspired me on to start my own business. My brother is a fellow dotcom nerd and being able to bounce ideas off of him for the last couple of years definitely made me more confident in my decision to become an entrepreneur. I also grew up in California (and spend a good deal of time there now), so maybe they put something in the water there…”

Talita: Conecting people with companies is not a easy work, how do you guys think that can solve this problem?

Doug: “Our objective is pretty simple – to change the way people find jobs by bringing mobile, social and data to bear. On the data side of things, we also intend to reach out the Brazilian government and build a similar employment market data dashboard for President Dilma. As you may have heard, Adzuna’s data powers the Number 10 Dashboard, used by the David Cameron and senior officials to keep track of economic growth on a daily basis. You can see press coverage of this on the BBC and the FT.

In terms of experience our initial focus will be on gathering all the jobs in the Brazilian market (which isn’t easy!) and building a truly great search engine which users will love to use and tell their friends about. We will drive traffic to the site initially through SEO, social media and partnerships.”

Talita:   I had notice that Adzuna is working in some contries. Why did you decide about Brazil as a next expansion step?

Doug: “Brazil was the first port of call on our international expansion because Brazilian jobseekers are crying out for better job search experience. With our awesome social tool and powerful, free market insights, we aim to empower jobseekers in the country to make better career decisions like no tool has done before. Plus, Brazil is the biggest market in Latin America and so presents an exciting challenge.”

Talita: What is the tips to the entrepreneurs having a global company?

Doug: “If you want to build something massive and amazing, get something small and cool out there that people can use and play around with as soon as possible.

Prove it in one market first. Build something scalable, so you can extend it to other markets without having to totally rethink what you do. Have confidence that you can compete abroad but also do your research. London is a great place to base a global business.”

Adzuna is a search engine for classified ads

“We aim to make it easier for you to find your perfect job, home or car locally. We search thousands of sites so you don’t have to, bring together millions of ads so you can find them all in one place, and organize them with useful features so that you can easily find what you need.

Adzuna founders Andrew Hunter and Doug Monro met working at Gumtree in 2005. We stayed in the local internet space for the next 5 years with Qype and Zoopla but kept in touch and finally hatched the Adzuna plan in 2010 on the back of an envelope in a central London pub. The site went live in April 2011

Welcome to Brazil and thanks for sharing your experiences in my blog! 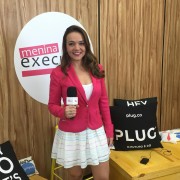